Adventures in converting my bicycle into an e-bike

This past couple of weeks I have been converting my bicycle into an e-bike using a conversion kit. This afternoon I rode my e-bike for the first time. Installing this kit was a much bigger challenge than I at first expected, so I wanted to write down my experiences.

I ordered the conversion kit from Cyclotricity on 25 February and it arrived earlier than expected, only two days later. Unfortunately there were no instruction manuals or tools included with the kit, but I found the installation instructions online. 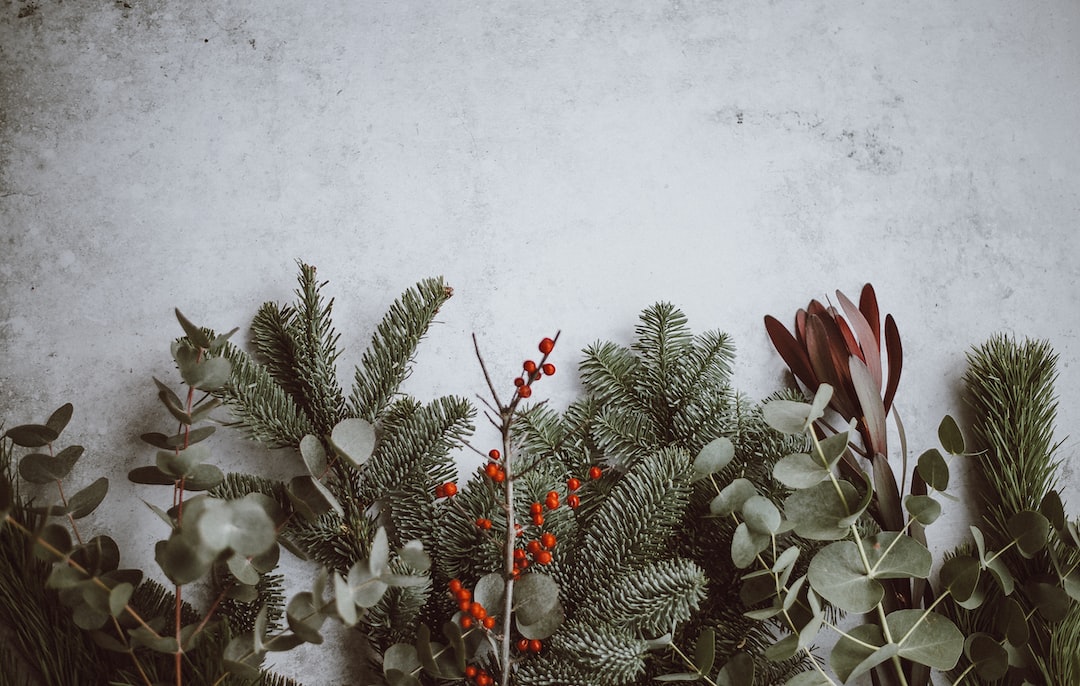 If you're looking for yesterday's blog entry, I wrote it on write.as. I used my phone to write the entry, and write.as works great on mobile, while the Ghost editor does not work well at all.

I'm going to take a break from writing blog entries over the Christmas break, apart from maybe posting a couple of “best of 2018” entries. I want to take the time to refocus and think through what I want to do with this blog in future. Thanks for reading!

Which tool to use for blogging?

Before I fell asleep last night, I was mulling over the options I've been considering for writing a blog. I've been using Ghost for most of last year, but Write.as, Plume, Scuttlebutt and TiddlyWiki are starting to look like better options. The Ghost editor is not very mobile-friendly, and I'd also rather support a platform that better aligns with my values.

It seems that if I want to use my phone or iPad to write, using Write.as is a no-brainer. ScuttleButt is awesome, but the barrier of entry for non-technical users is still too high. It can take a long time to get everything installed and set up correctly. It also takes some getting used to.

Compare that with the peer-to-peer Beaker browser, which works very similar to any other web browser, even allowing you to browse regular web sites. Maybe Beaker is a better gateway drug into the P2P world? TiddlyWiki works great on Beaker browser, but cannot be accessed from a mobile device. Then again, there is nothing that prevents me from having both a blog and a personal wiki.

I guess I can just experiment with all of them for a couple of weeks and see how it goes.

The house we recently moved into has a built-in dishwasher. This is the first time I've owned a dishwasher in all my adult life. I remember that as a kid it was still a lot of work loading and unloading the dishwasher, so I always figured I might as well wash and dry them myself. What I now realise is that they do have several advantages:

It also helps having a small dishwasher, so that you don't have to wait until you've used every plate and cup in the cupboard before you can turn it on. 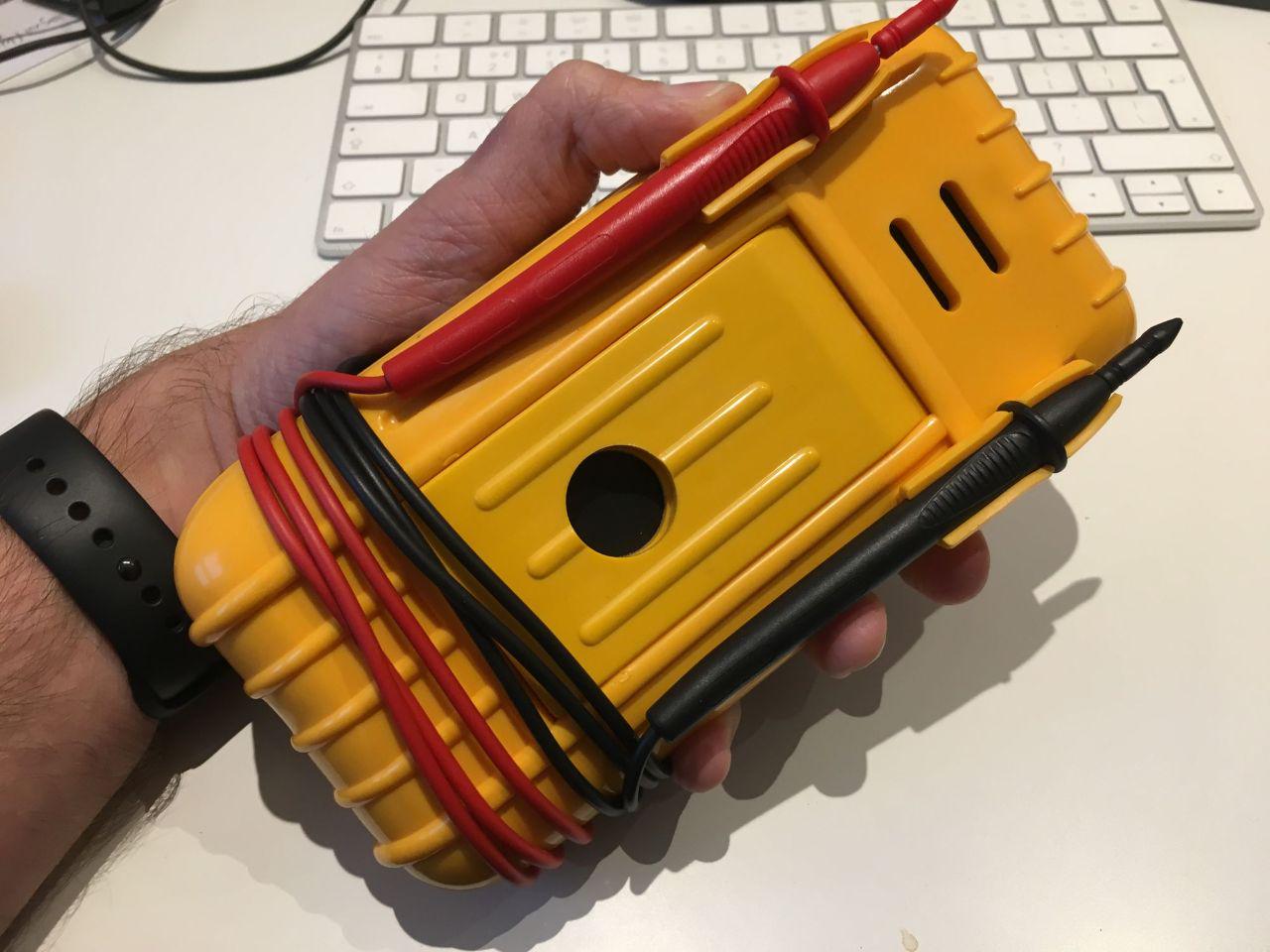 I have owned this multi-meter for over ten years, always storing it in the cardboard box that it came in to keep the wires from getting tangled or losing the test leads. Today for the first time I noticed there are slots on the back for storing the test leads. It turns out with the right technique it's possible to neatly wrap the wires around the meter and then tuck the test leads into the slots. Nice! 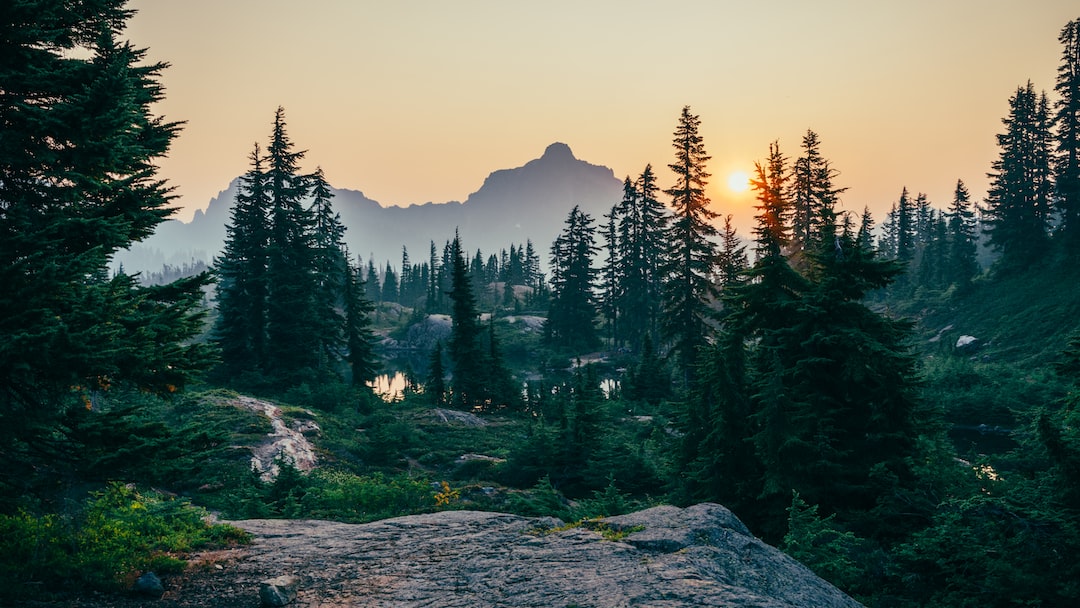 I'm taking the afternoon off today to take my son to forest school. I have never been there before, but it sounds like fun. Apparently we will be making Christmas wreaths, and there will be a fire with (non-alcoholic) mulled wine and mince pies. I know they usually make and eat soup when he's there, and there's also a mud kitchen for him to play in. The only thing I know for sure is that we'll be getting dirty! 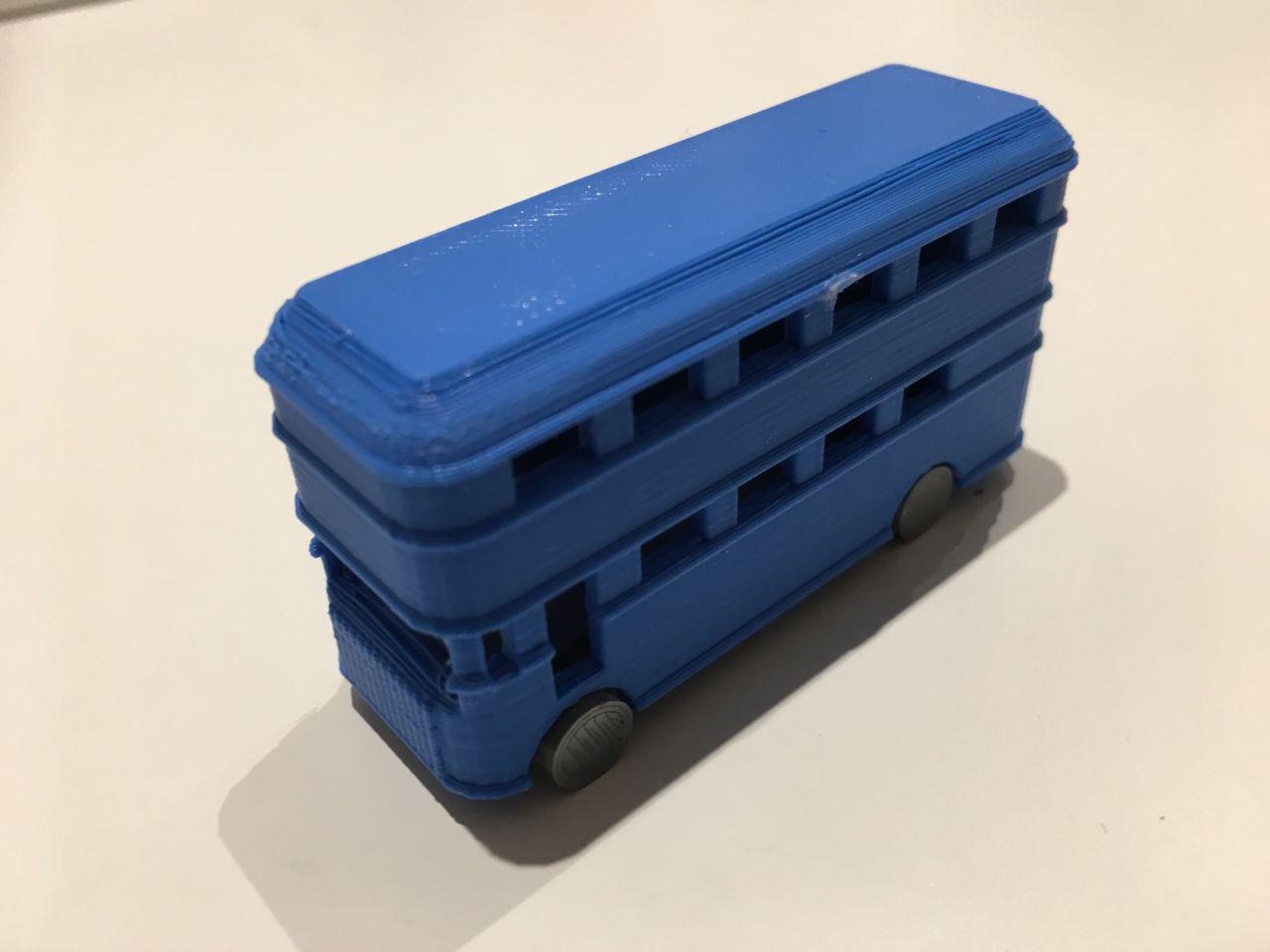 So the double-decker bus I mentioned yesterday is a success! It printed without any issues, and the trickiest part was to find the right diameter metal pins to use as axles for the wheels. I ended up using a couple of nails that I shortened a bit, and then used a gel-based super glue to hold them in place. I think it looks pretty good! 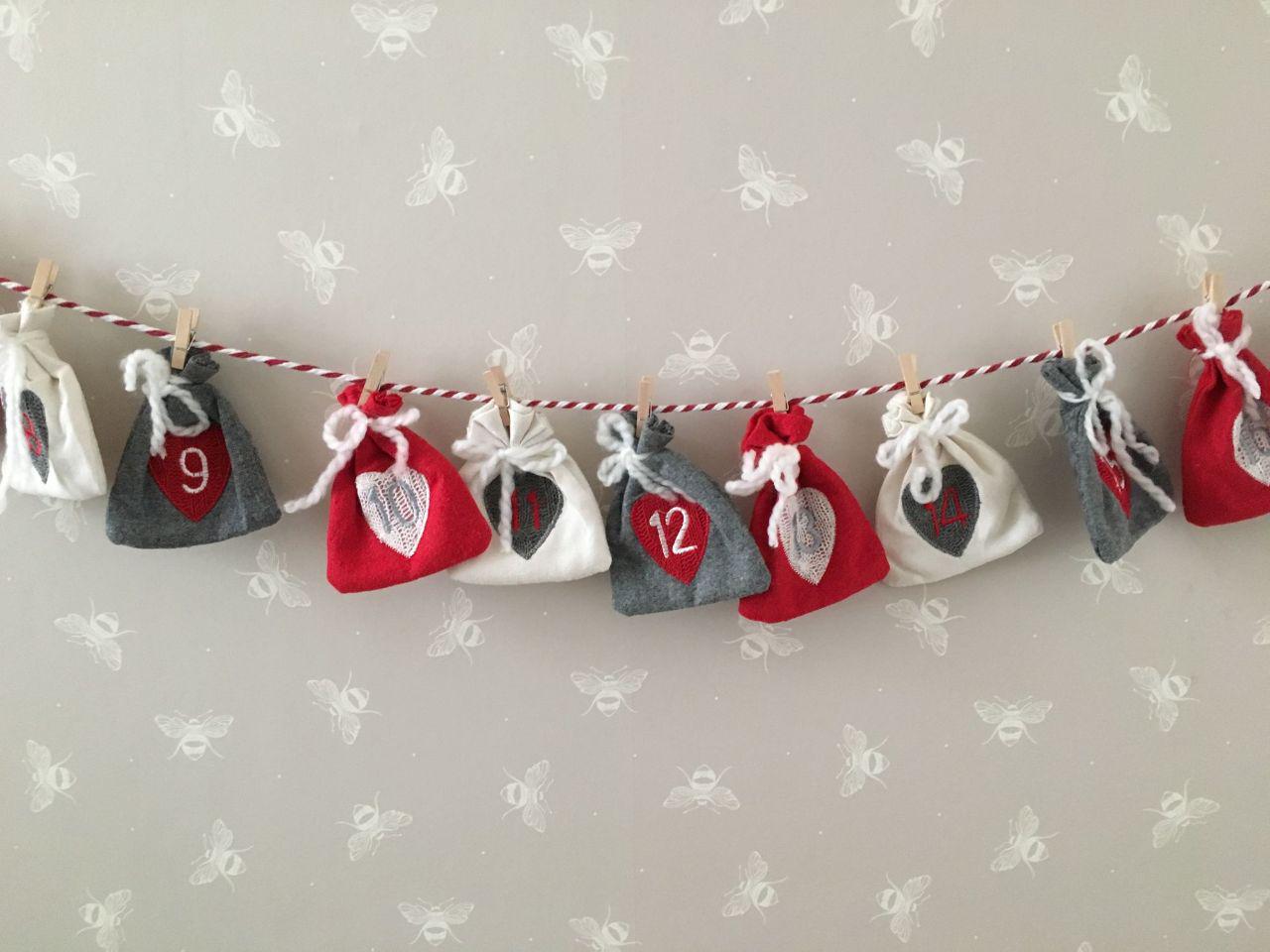 I mentioned in my previous posts that I've already printed a Flexi Rex, a bathtub boat and a low-poly Pikachu. Yesterday I also printed a cookie cutter in the shape of a Christmas sock.

So far they've been single prints. I want to try something a little bit more ambitious. My son's really into buses at the moment, and I just came across this double-decker bus with a separate shell, chassis and wheels. I'm busy printing the bus shell in blue PLA at the moment, and will switch to grey PLA for the chassis and the wheels. Then I'll have to assemble it and will let you know how it turns out in another post.

I figured out the issue I was experiencing yesterday! It turns out WebUSB works just fine 😅. The problem was that in my last USB packet I specified the length to be 24 bytes long, when in actual fact it was only 20 bytes long. That confused the meter a bit, so it returned an error message instead of the actual data. After changing the length of my USB packet, I suddenly started receiving my first data packets from the device. Success! 👌

After my promising start last week in reading data from a blood glucose meter using the IEEE 11073 standard, I've come across my first hurdle. I can read the Medical Device System (MDS) attributes just fine, as well as details of the PM (Persistent Metric) store. Basically, when data is stored on the device to be retrieved at a later date, it is placed in the PM store. I'm now trying to read data form the PM store, but it's not going as planned.

It took me a while to realize that I should be reading from the PM store's segment ID 0 instead of 1. You know, the classic off-by-one issue. Now it's telling me that the meter data is being sent, but I'm not receiving it as expected. My current guess is that the issue may be with WebUSB itself after looking at this Stack Overflow thread. Basically I'm thinking that I should use an event listener to read data from a bulk endpoint, rather than polling it as I'm doing at the moment. The thing is, I'm not sure if WebUSB supports using event listeners for reading data, so now I'm reimplementing everything in regular node-usb.