Getting an air cooler

It's getting warmer and sunnier every year during the spring and summer here in Swansea #globalwarming. It's now at the stage where I need something to cool down my small home office when the sun is shining in the afternoon. I would prefer some passive cooling like planting a tree outside, but unfortunately the room is not on the ground floor.

I've been looking at various options for cooling the room, and the state-of-the-art appears to be Dyson's Pure Hot + Cool purifying fan heater. It's an expensive device, but it is essentially three devices in one: A heater, a cooler and a purifier. Unfortunately James Dyson is one of the big Brexiteers, which already make me not want to support him. Then I found out replacement filters for the device is at least £65. It's also probably too big for my little home office.

I then came across the Evapolar evaCHILL. It's a small evaporative air cooler that fits on your desk. It runs on 5V USB power, and only consumes 7.5W when running. The replacement cartridges are a more affordable £25, and should last 3-6 months. I'v ordered one and will report back with a more detailed review once I've tried it out.

Every now and again, I like to bake a no-knead bread. I found this simple recipe a while back, and usually it's a great success. I used to fret about the exact amounts, until I watched the original New York Times video where the no-knead bread recipe was introduced 13 years ago:

After watching that video, I finally realised how easy and quick this method really is. You're probably spending five minutes in total on this recipe, and the only tricky part is timing it right so that you can wait the required periods.

Basically, I throw together the ingredients the night before and put it somewhere warm. The next morning I:

On Linux, getting details about the USB devices connected to your computer is as simple as typing lsusb. If you want even more info, like what kernel driver is being used, you can use usb-devices.

On MacOS, things are a little bit more complicated. You can open System Information and look under USB, or you can type system_profiler SPUSBDataType.

On Windows, it's a bit of a nightmare. Sure, you can open Device Manager if you're just looking for some USB product ID and vendor ID details, but what if you want to list all the details of all the USB devices connected? The official Microsoft advice is to:

I saw this toot on Mastodon today and decided to see if there's anything interesting on Bandcamp:

And would you know, within a couple of minutes I discovered an amazing chiptune album created by someone living in my town (!):

Not only that, but this same person also created a Nintendo Game Boy game during lockdown, and their blog is pretty delightful too.

The things you can discover when you don't depend on algorithms to do your discovery for you, which is basically what I've done with Spotify for the last decade.

I've been growing a Habanero chilli plant in a small hydroponics setup for a while now, and harvested enough chilli peppers a couple of months ago to make this 5-ingredient Habanero hot sauce.

I enjoyed it so much that I'm planning on making it again tonight, as the chilli plant is very heavy with peppers again. 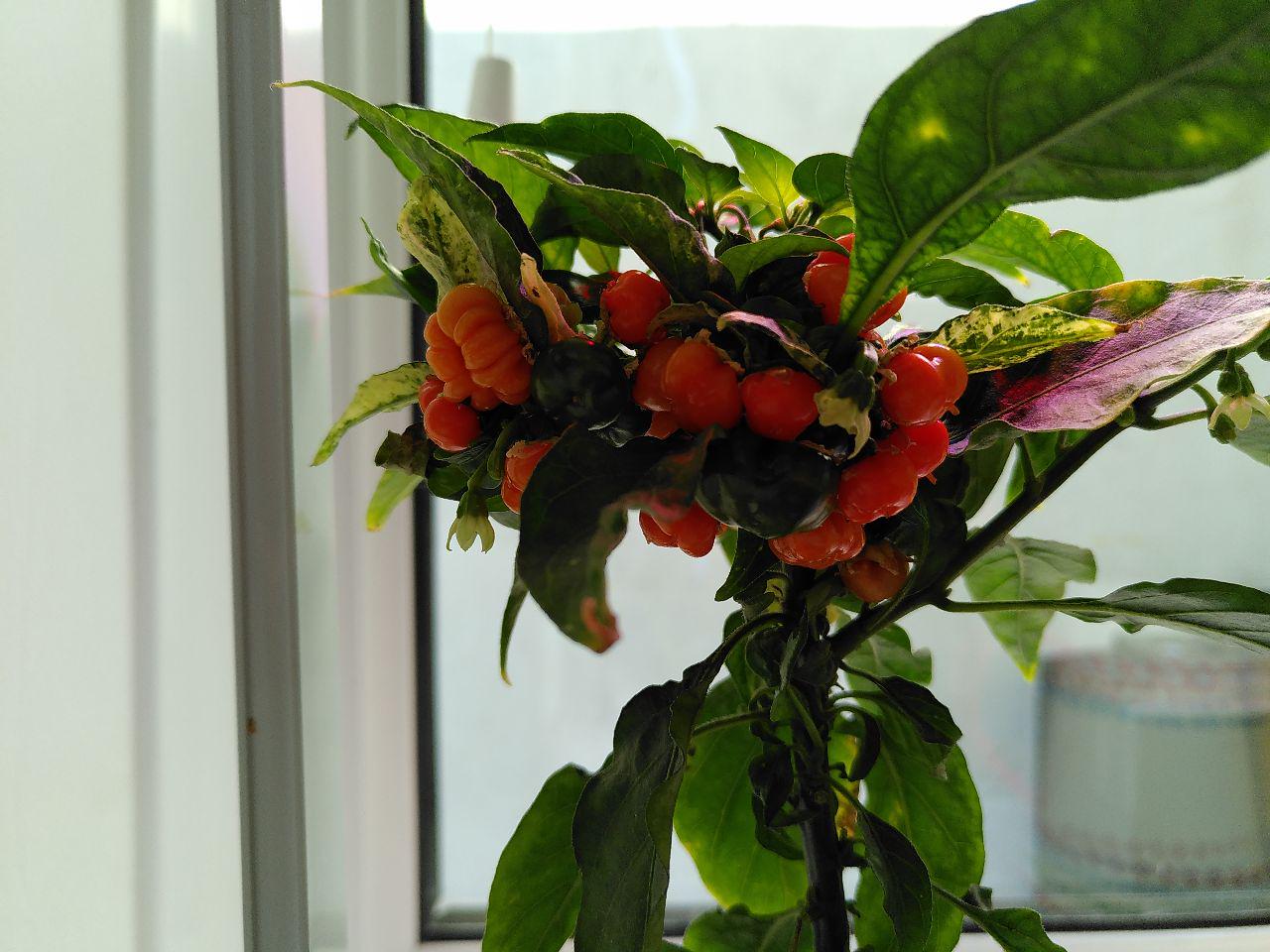 I'm about halfway through reading Humankind: A Hopeful History by Rutger Bregman. So far it's been a really insightful read, and it's one of the few books that I've read lately where I can say I've learnt a lot. I want to say I wish that this is a book everyone would read, but I'll wait until I've actually finished the book before I actually say that.

It's not a quick read, coming in at about 480 pages, but it covers a lot and is written in very accessible language. So far it has focused on a lot of scientific studies and debunking ones that try to show that humans are selfish by nature. I'm hoping the second half of the book will be looking at some really actionable advice for the future.

I also enjoyed Bregman's 2017 book Utopia for Realists, but it hasn't had the same perspective-shifting impact on me as Humankind has had so far.

I'm pretty excited about a new project here in my neighbourhood that's getting off the ground called Room to Grow. They basically want to convert people's front gardens into places to grow food.

I recently came across a book called Eat Your Front Garden by Mat Coward. It describes various plants that may look ornamental, but are actually edible. I was hoping to plant some of them in our own front garden, so it's great to see that there are other people in my local community thinking the same thing. Hopefully I can get more involved with the project, instead of just doing it on my own.

If you're based in Swansea, maybe have a look at their crowdfunding page! The people behind this are the same ones behind a lovely local cafe called Hoogah.

In a previous post I mentioned that I would be taking part in the Stay-at-Home TH/NGS Jam today.

I decided to build a Hide & Seek game, where one person would select a room in a virtual house to hide in, and the other person would seek them out using the NFC scanner on an Android phone. I managed to get everything working in the end, resulting in two small web apps.

One webapp is for the person hiding, where they can select where they're hiding: 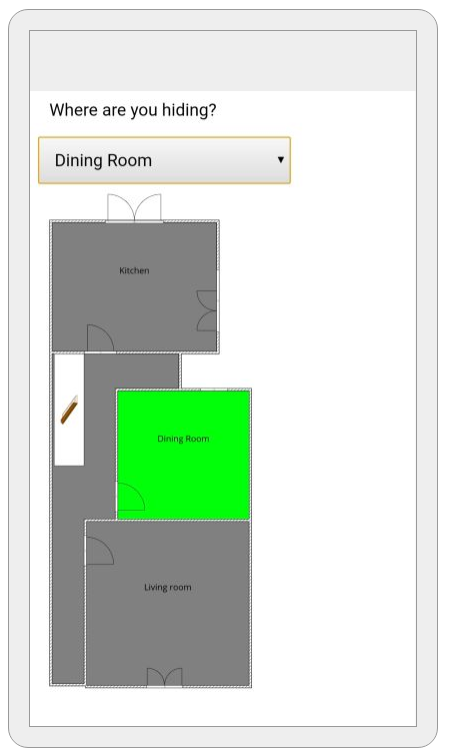 The room they select is saved to a remote database, which can be read by another web app for the seeker: 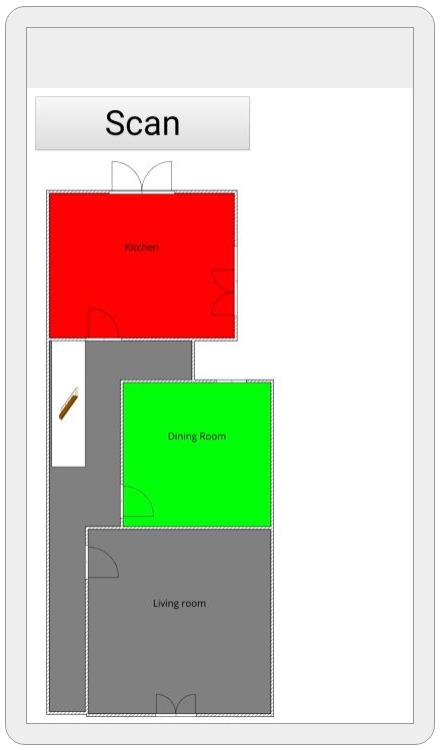 They press the Scan button to enable the NFC scanner, and then move their phone over a physical paper map of the house, embedded with NFC tags. When the scanner reads a tag for a room, it will display whether the person is hiding in that room or not.

The code is available on GitHub.

Making my own webcam: Part 3

Following on Part 1 and Part 2, this post is about my ongoing adventures in building my own webcam.

I searched Thingiverse and PrusaPrinters and came across this design specifically made for the Raspberry Pi Zero and HQ camera. I printed the parts and everything just worked. I even had the right length M2.5 screws and nuts on hand to close everything up. 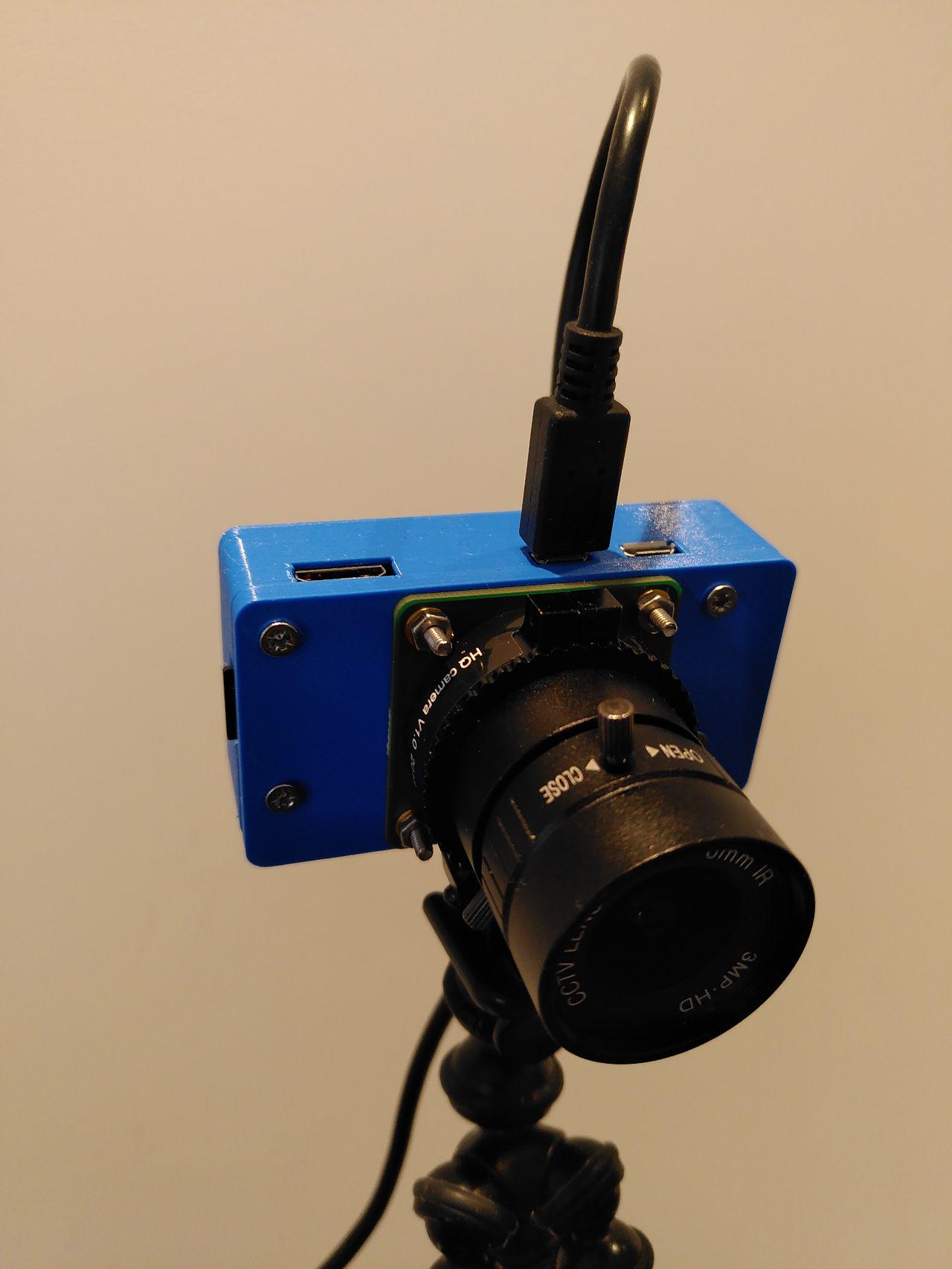 There are some parts that I still want to improve:

Apart from those two niggles, I'm perfectly happy with my new webcam! 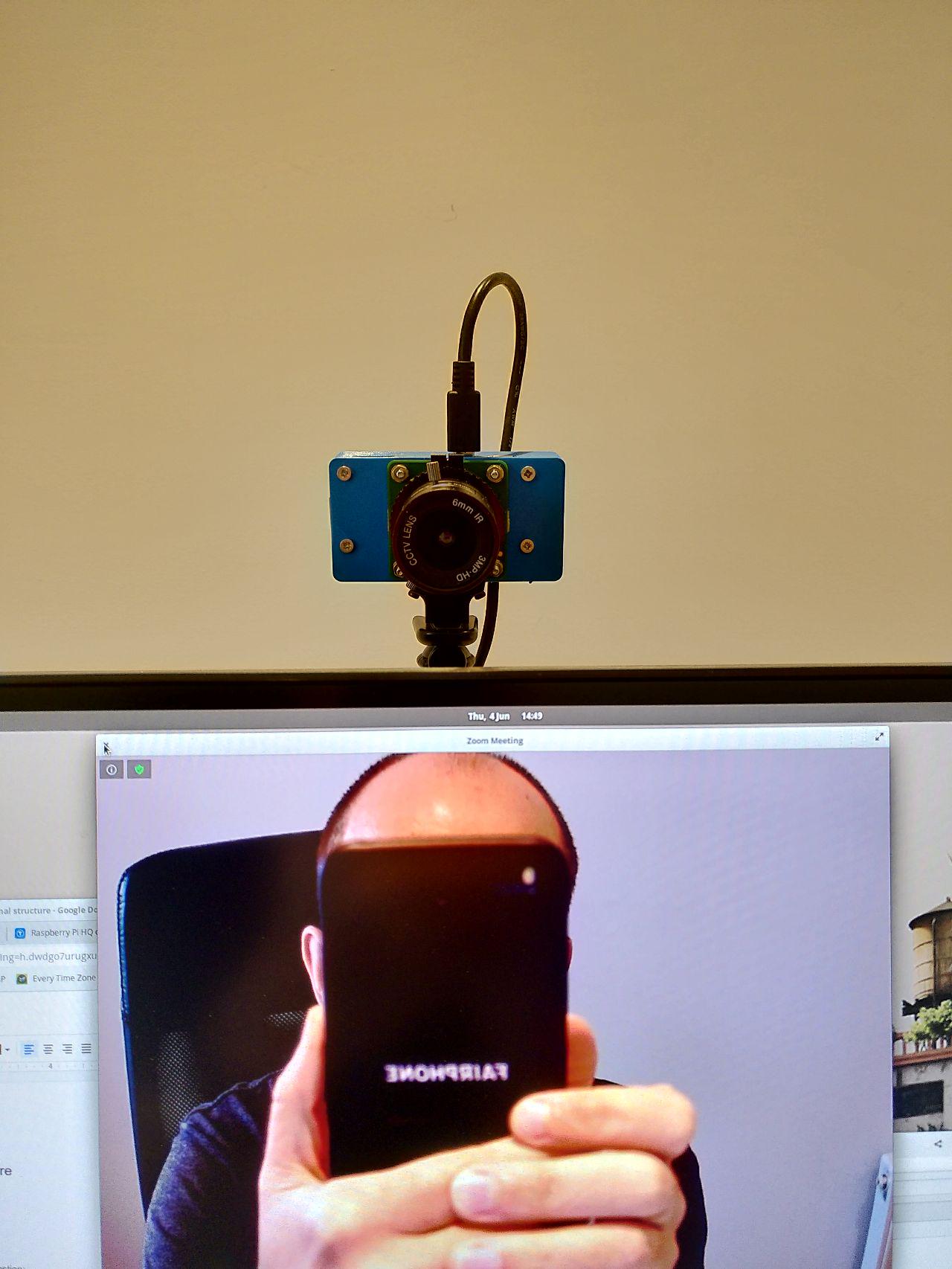 Making my own webcam: Part 2

In the first part I discussed why I'm not able to get a decent webcam, and deciding to make my own using a Raspberry Pi Zero and the new Raspberry Pi High Quality Camera instead.

Well, all the parts arrived from the friendly pirates at Pimoroni today, so I got to work at putting it together.

The first speed bump was discovering that the Zero W has a mini-HDMI port. I have many HDMI cables as well as a micro-HDMI adaptor for the Raspberry Pi 4, but no mini-HDMI cables or adaptors. I decided to just connect to it over WiFi instead. First up, Adafruit's Raspberry Pi Zero Headless Quick Start guide. That got me to the point where I could ssh into the Pi Zero W and update the operating system without seeing the screen or plugging in a keyboard or mouse.

The Raspberry Pi High Quality Camera Getting Started manual was also quite helpful in figuring out how to connect and adjust the lenses.

I tried a whole bunch of things, mainly on this forum thread, to try and get the Pi Zero to act as a webcam. It wasn't working, so I started wondering if the guy who showed a successful demo of it working on YouTube had a blog with instructions.

Turns out, he wrote up the instructions just four days ago! I tried it, and it works! Another turns out: He's the same guy behind the PiPhone, Drop Pi and the Lapse Pi.

One last issue was that everything was out of focus. I had a look at the Pimoroni website again and found the manual for the lens that I bought. Turns out I had to remove the CS-S adaptor, fully screw in the backfocus, and only then adjust the aperture and focus.

I compared it against my built-in webcam, and it looks so much better! Going from a 720p fixed-focus webcam to a 12MP camera running at 1080p with a manual focus is quite the difference.