Getting started with the USB host shield 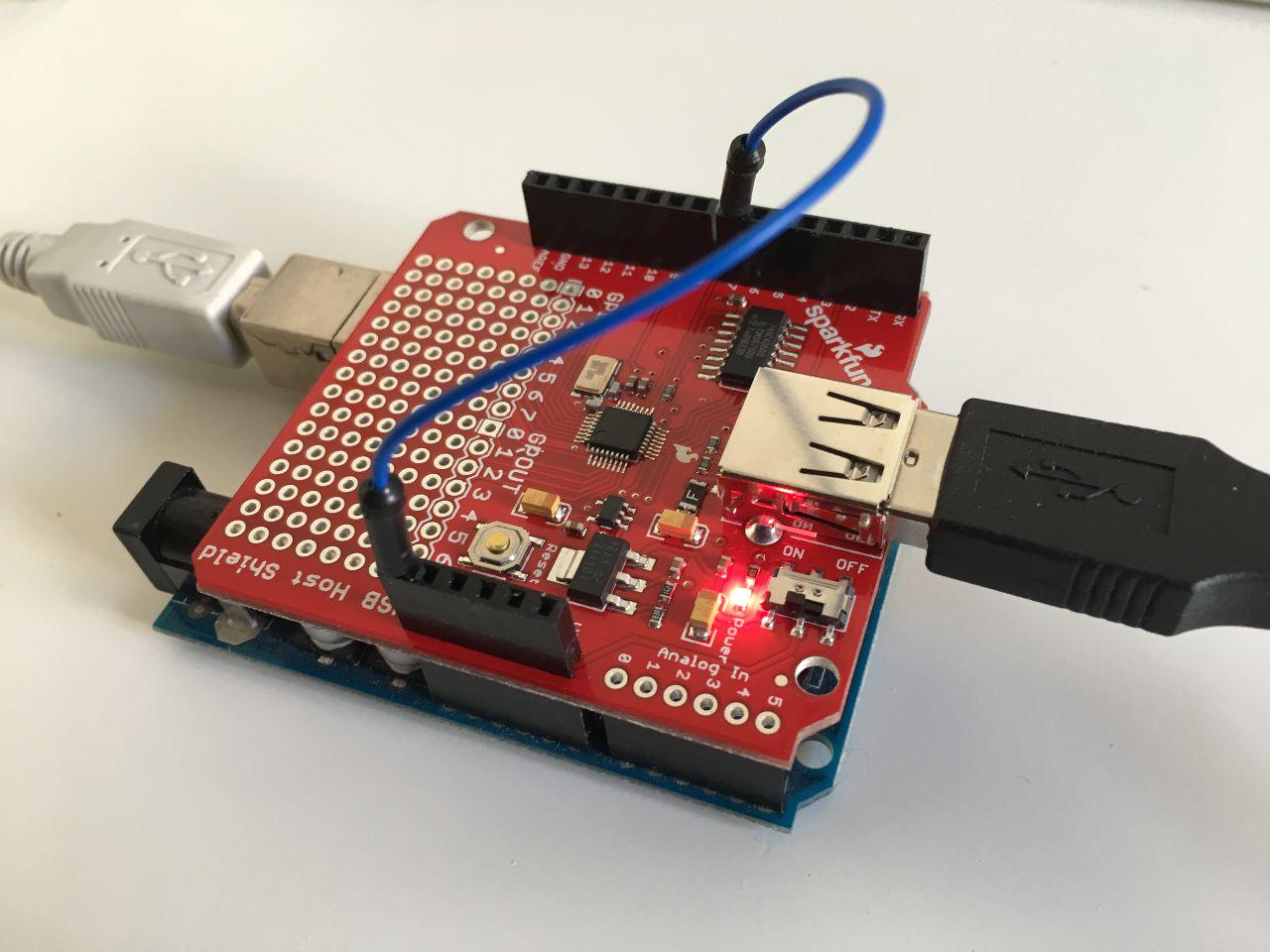 A week ago I wrote about building a USB host to Bluetooth LE bridge. I then ordered a Sparkfun USB Host Shield from one of the UK distributors, CPC Farnell.

The shield doesn't come without any headers, which prompted me to start organising the electronic components I have at the Swansea Hackspace, as I knew I had a spare set of headers there. I managed to find the headers last week, and soldered them on at the hackspace last night.

This morning I wanted to see if it works, so I plugged it into my old Arduino Duemilanove, released in 2009 and still going. I installed the USB Host Shield Arduino library[1] and loaded up the board_qc self-test sketch. The Arduino sketch uploaded without any problems. On the shield, I first had to connect the D7 pin to the RESET pin[2]. Also, note that there is a little power switch on the shield that you have to turn on ;)

I then loaded up a HID keyboard sketch, and it worked flawlessly! I was able to type letters on the keyboard connected to the shield and see them appear in the serial monitor. It's pretty impressive that I could just plug a shield into a piece of hardware almost a decade old, load some code on it and it just works. Open-source hardware FTW! 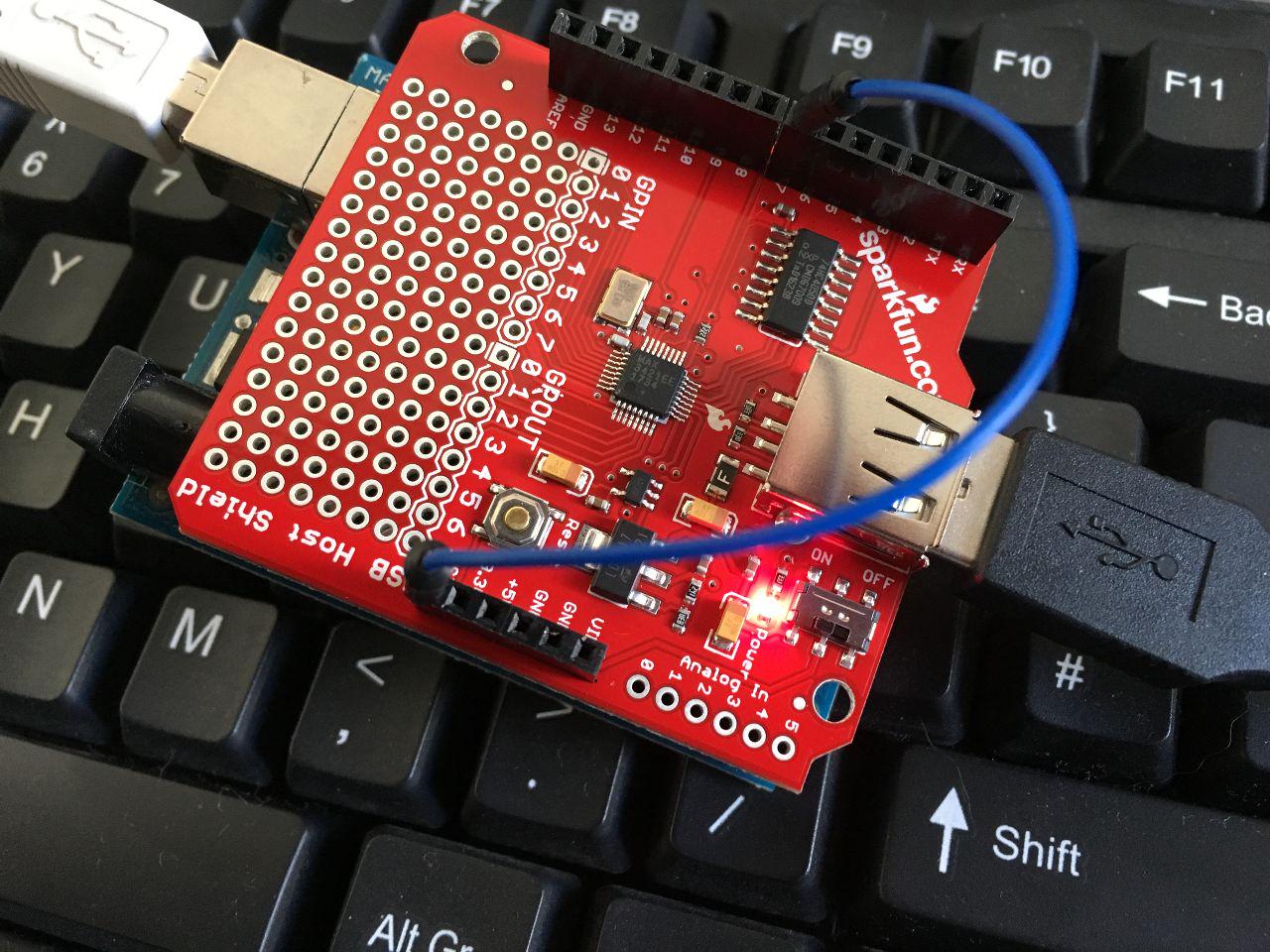 If you'd like even more details on getting started with the USB host shield, see this great tutorial.